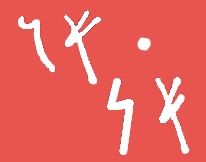 Exploring the past in the Near East

Sports games: fun and peaceful events that bring people together who enjoy the love of the game and true sportsmanship.

Aaah, who am I kidding?! It’s brutal and cut-throat. Your team vs. mine. Insults hurled. Friendships tested and threatened. Tribal instincts in full action. Bring. It. On.

Well, things were not much different 2000 years ago in Roman Beirut. Only they knew how to do it better, or should I say … worse.

Throughout the Roman world, people resorted to witchcraft and occult practices for a plethora of purposes. Magical rituals were used to attain one’s desires; spells were cast to secure protection against evil and to keep enemies at bay; talismans were crafted and worn to guarantee good fortune, health and love; and numerous other superstitions were appeased through intricate sets of similar practices. Since races at the hippodrome were central to entertainment at the time, it comes as no surprise that magic was used there as well.

In September 1929, and during development work near the area of the Roman hippodrome of Beirut, a small lead plaque was unearthed. Almost two millennia earlier, in the late 3rd or early 4th c. AD, a conjurer in Beirut had prepared this thin sheet of lead, and on it, inscribed a detailed spell targeting the horses and charioteers of the Blue Team.

The type of spell that was conjured is known as a Binding Spell, which imposes constraints on the activities of a target. It is possible that the sorcerer, or the person commissioning this spell, was either a fan of a team rival to the Blues, a gambler who had put his money on a different group, or even a rider from the opposite team.

The sorcerer crafted the spell by first invoking a series of magical spirits and listing a set of magical words necessary for the incantation; the voces mysticae.

A rotund figure was then drawn, whose body is criss-crossed with lines that possibly represent ropes. The legs of the figure are oddly positioned and might similarly indicate further binding. The tied-up individual is riddled with a series of circles and three protuberances on the head. According to a Greek magical papyrus that outlines the proper ways of casting incantations, the representation of the target must be pricked by a nail or a needle 13 times, in specific places on the body, in order to ensure the success of the curse. The circles drawn on the lead plaque likely represent nail or needle heads, and serve as a symbolic way of completing the spell.

To the left of the figure, is another drawing of the head of a serpent, or a vulture, with an open mouth. Below and above this creature are the repeated words “Eulamo” – with alternately dropped letters – arranged in the shape of “wings” on either side of its head. The overall position the creature assumes displays its readiness to attack the person.

Eulamo is the main demon to which the sorcerer condemns each of the riders and their horses. The names of these latter, a total of 35, are painstakingly listed in the main text of the curse. Of the magical forces, the conjurer asks that they “attack, bind, overturn, cut up, chop into pieces the horses and the charioteers of the Blue colours”. These requests are further reiterated at the end of the text through another demand to “bind and destroy the hands, feet, sinews of the horses and charioteers of the Blue colours”.

The curse-tablet was then buried in the vicinity of the hippodrome, where the victims of the spells were to be found and where they would conduct the activity the sorcerer aimed to sabotage.

The curse-tablet is presently housed at the National Museum of Beirut. And one wonders, with everything that’s gone wrong in the world today, is it perhaps time to revive the ancestral curse-tablet tradition? 😉

Keep your masks and gloves at the ready, though! We don’t want things to backfire through mass lead poisoning in the process!

Dickie, M.W. 2003. Magic and Magicians in the Greco-Roman World. Routledge.

One thought on “Ancient Magic Part II: Of Spells & Curses”

Thought of the Month

“To be ignorant of what occurred before you were born is to remain always a child. For what is the worth of human life, unless it is woven into the life of our ancestors by the records of history?” – Cicero